The Dangers Of Sleep Apnea 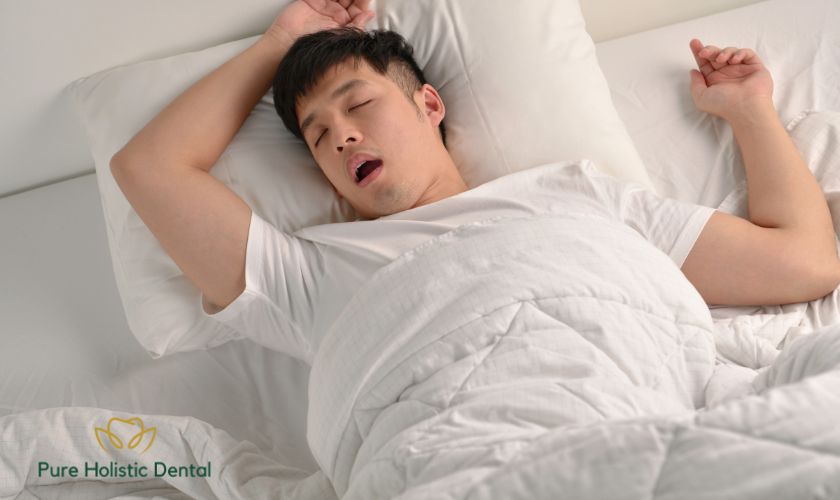 Sleep apnea is a sleeping disorder that affects millions in the world. It is a potentially serious condition in which your breathing pauses or becomes shallow when the patient sleeps due to blocked airways. While most people think of snoring as the main symptom, it can lead to more severe consequences if left untreated.

So, can you die from sleep apnea?

Let’s explore the risks and dangers associated with this condition.

Sleep apnea occurs when your throat muscles relax too much during sleep, causing your airway to become wholly or partially blocked. This can cause you to wake up abruptly or gasp for air in the middle of the night.

Obstructive sleep apnea (OSA) is one of the most common types and is caused by soft tissue obstructing airflow through your mouth or nose while you are asleep.

Other types include central sleep apnea (CSA), which occurs when your brain fails to send signals to your muscles that control breathing, and complex sleep apnea syndrome (CompSAS), which combines elements of both OSA and CSA.

What Are The Symptoms Of Sleep Apnea?

There are various symptoms of this disorder. Some of them are:

The visible symptoms of sleep apnea vary from person to person. Sometimes the patient may not be subject to the most common symptoms but still suffer from sleep apnea.

What Are The Risks Of Sleep Apnea?

In addition to these health risks, untreated sleep apnea can result in daytime drowsiness due to a lack of quality restful sleep at night. Plus, because OSA causes loud snoring, it can affect relationships with family and friends and disrupt their sleeping patterns too!

Can You Die From Sleep Apnea?

Yes! Untreated sleep apnea can increase your risk for sudden cardiac arrest due to its effect on heart rate and blood pressure levels. Additionally, since OSA interrupts normal breathing patterns during sleep, this could lead to oxygen deprivation if not appropriately treated. This occurrence could be deadly if not addressed quickly enough. Lastly, people suffering from CompSAS have an even higher risk of developing life-threatening complications due to its combination of symptoms from both CSA and OSA.

Millions of Americans suffer from the serious condition of sleep apnea each year. It has been linked to potentially fatal conditions such as sudden cardiac arrest and oxygen deprivation if left untreated. Although it may seem harmless at first glance – mainly snoring – there are real risks associated with this disorder. It’s important to get assessed by a doctor or dentist if you have any signs or symptoms like chronic snoring or daytime fatigue. They can provide proper guidance on treating it for optimal health outcomes.